THE TOPIC OF THE MONTH: The major Slovenia remembers its birth.

On the evening of the 25th of June in 1991 the Slovenian Parliament accepted and announced the fundamental Constitutional Charter of the independence and autonomy of Slovene republic. With this we obtained statehood for the first time in history – The Slovene State was born. The way to it was long, though the most important decisions were accepted in the fairly short time known as the spring awakening. If we look at the circuitous path of Slovenia from its birth to today`s reality, it looks almost unbelievable to us. Slovenia became one of the states in the family of the European nations. It seems almost incredible, that Slovenia is now a member of NATO and European Union (EU) and it even presided over the EU, and accepted the common European currency. 18 years ago we had only a dream of all this.

A TALK TO THE FELLOW COUNTRYWOMAN AND COUNTRYMAN: Meta Lenarčič and Marjan Terpin

Meta Lenarčič was first on the air in the Slovene language in 1991 to broadcast on the station Ethnic Community Radio 3ZZZ (Melbourne). Since then she has prepared one-hour broadcast every week and she has delighted her Slovene listeners in Australia. Mrs. Lenarčič was repeatedly rewarded for her long-term voluntary work on the radio and among countrymen in the Slovenian community as well as in the Slovenian religious centre. In 2006 she was honored by Zorko Pelikan, the then secretary of State of RS at the Office for the Slovenes in the Neighbouring Countries and Abroad. The same year she was delighted also at the award of the State of Victoria-Victoria’s Award for Excellence in Multicultural Affairs.

Marjan Terpin was born in 1940 in Števerjan on the Italian side of Goriška brda and attended elementary school in his hometown. He completed teacher`s training college in Gorica and then for a few years he worked in the official service.« I have been married for many years, I live in my native Števerjan and I hope to live here until my death. I have four children, six grandchildren, the firm (Import-export company Terpin S.P.), which my children manage now,« speaks about himself Mr. Terpin. Since his youth he has worked in various organizations, secular as well as political ones. Among others, he was secretary of Slovenian Catholic Educational Association in Gorica, Provincial Registrar of the party Slovenian Community in Gorica and then its regional president for several years. He is also vice- president of Slovenian World Congress and a member of programming council of RTV Slovenia.

DO NOT OVERLOOK: Meetings of Slovenes from the world and the homeland

Also this year’s summer offers many possibilities, so we, the Slovenes from the homeland of the world, meet again. On July the 2nd you can attend a traditional All-Slovene meeting in the National Assembly, organized by the National Assembly commission for the relations with Slovenes Abroad and across the world. On July the 4th you can go to Šmarješke Toplice, where the Emigrant Society of »Slovenia in the world« prepares the 16th Camp of Slovenes Abroad or you could go to Kromberk at Nova Gorica, where the Slovene Emigrant Association (Slovenska izseljenska matica) will organize Meeting in My country. On Sunday, the 2nd of August you can attend the pilgrimage of the three Slovenias on Svete Višarje, prepared by the Rafael Society, that happened 21 times in a row this year. Much will be happening for the young as well. Besides the summer schools of the Slovene language you can participate in the 2nd Višarski dnevi (Višarje Days), that will take place from the 30th of July to the 2nd of August, organized by the Rafael Society and entitled »My roots«. This year the Slovenian World Congress is arranging a children`s camp for the 13th year in a row. It will be held from the 1st to the 8th of August in the holiday homes of the Centre of school and after-school activities near Ptuj. Welcome! You will glad you came! 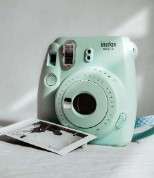